Back in the Saddle Again. Sort of.

Hi gang. Sorry for the unexpected vacation. As you probably figured out from my abbreviated post a couple weeks ago, I took a little detour through our local hospital.

I had quite a time. I got sick on Sunday but I didn't want to go to the ER on a Sunday evening - who wants to be treated by the only doctor who couldn't manage to get Sunday's off? - so I pushed through to Monday morning and managed to get an appointment with my family doctor...

...who immediately sent me to the ER.

I got there mid-day Monday, did the usual waiting around thing, had a CT scan, and was admitted. On Tuesday morning I was told things weren't too bad and I should be released that afternoon, but that afternoon someone took a second look at the scan and thought they saw "micro-air bubbles". Now, many people would say I'm always full of hot air but it seems there are some places in the body where air bubbles are a big deal and not in a good way. I was informed I was staying another night and having a second scan.

My husband was keeping our sons apprised of my progress via text messages. As soon as he informed them of the micro bubbles, my eldest texted me this link:

You knew what it was going to be, didn't you? Yeah, my boys love their little old gray haired mother.

I had the scan Tuesday night, and figured I'd be getting out on Wednesday. But on Wednesday morning a doctor came charging in, telling me not to drink or eat anything... the second scan showed more bubbles and I was having emergency surgery.

Several doctors came in and out, all confirming I'd be having surgery as soon as the surgeon was available and she'd explain it to me when she got there. So I waited, in surgery prep mode, until 2:30 that afternoon, when the surgeon arrived and told me...no, she wasn't going to do surgery.

(Feel free to pause and listen to this. It's one of my favorites, from the Peter, Paul and Mary Holiday Concert)

Basically, the surgeon wants to try a non-surgical approach first (which is pretty unusual for a surgeon). She certainly didn't get any argument from me.  So I spent a couple more days in the hospital until I was deemed well enough to be at home and that's where I am now. That whole surgery option is still out there but I'm taking the optimistic view and hoping to avoid it.

And I owe you a couple funnies.


Have you seen this fella? 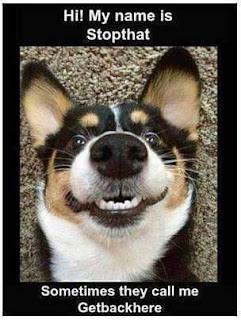 Yeah, I had a couple like him.
Had to love them anyway.

How about a travel joke?

A Travel Agent looked up from his desk to see an old lady and an old gentleman peering in the shop window at the posters showing the glamorous destinations around the world.

The agent had had a good week and the dejected couple looking in the window gave him a rare feeling of generosity. He called them into his shop, "I know that on your pension you could never hope to have a great holiday, so I am sending you off to a fabulous resort at my expense and I won't take 'no' for an answer."

He took them inside and asked his secretary to arrange two flight tickets and book a room in a five star hotel. As could be expected, they gladly accepted, and were off!

About a month later the little old lady came in to his shop.

"And how did you like your holiday?" he asked eagerly.

"The flight was exciting and the room was lovely," she said. "I've come to thank you, but one thing puzzled me...

Who was that old bugger I had to share the room with?"

Have you been spending a lot of time online?
Wonder what else you could be doing. 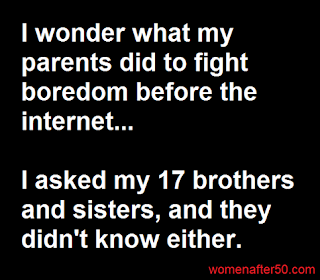 Well, it's just a thought. 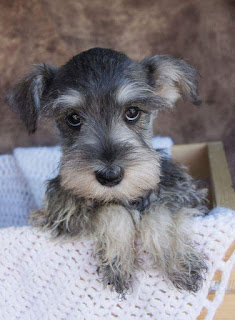 You know you said it.

That's all for today. I hope I gave you a chuckle, a smile, or even a good old LOL. Have a great week and I'll be around to visit you soon.

During a long drought, the mayor called for a town meeting to pray for rain. Everyone turned out to pray. But one boy brought an umbrella.

And that is the definition of faith.