An After-Christmas Gift for Your Hump Day

I mentioned last week that I was going to do something a little different this week. Before we get to your hump day funnies, I want to share a little something from my Christmas.

As far back as I can remember - and that goes pretty far back - we always had tinsel (or icicles) on our Christmas tree. It was the only decoration that we considered 'disposable'.  The last thing to go on and the first to come off, and be thrown away, before all the other ornaments were packed away for next year.

But a few years back, when it was time to decorate our tree, I discovered most stores had stopped selling tinsel. No one we talked to was quite sure why. Probably a health hazard of some kind, another one of those things I've used or done for most of my life that has now been deemed unsafe. So there would be no tinsel on our tree. There would be a lot more ornaments, though. That was the first Christmas after my dear mum-in-law had passed and we had brought her Christmas ornaments home to add to our own.

Not surprisingly, all of Mama's ornaments were very old and very well cared for. Most were still in their original boxes. But there was also something wrapped in several sheets of tissue paper. I carefully unfolded the paper and discovered...tinsel. About two boxes worth, I guessed, each strand carefully laid out and saved from previous years.

We used Mama's tinsel that year, and saved it for the next. I've since found a store that still sells tinsel and I bought several boxes but they remain unopened  For now I use Mama's, and I take the time to remove each strand after Christmas and return it to the tissue paper wrapping for next year. It reminds me of her, and it also reminds me of how easily we throw things away. We've become a disposable society. It's easier to discard what's old or broken or would take too much effort to save. Things, relationships, people.

Mama knew it's important to save what we have. To care for, repair, and cherish. She left this knowledge for us, wrapped in tissue paper. to be opened and remembered every year. I thought it was a gift worth sharing with you.


And since it's hump day, here are a couple funnies for you. 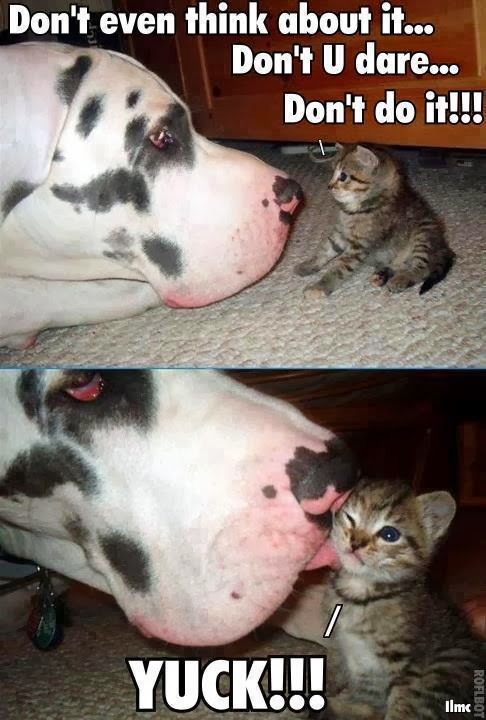 Yeah, you knew he was gonna do it.

I read that no word in the English language rhymes with month , orange, silver, or purple.

You're trying to think of words that rhyme with these, aren't you?

Does anyone else find it odd that three of these words are colors? 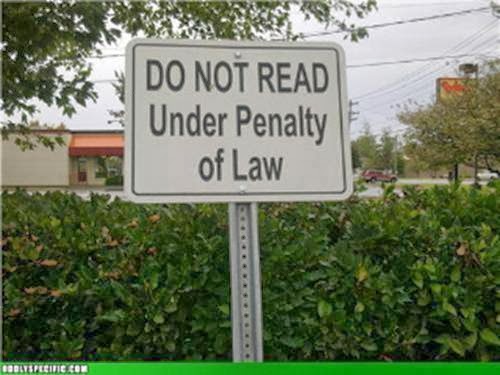 Oops, you just did, didn't you?

That's okay, here's another one. 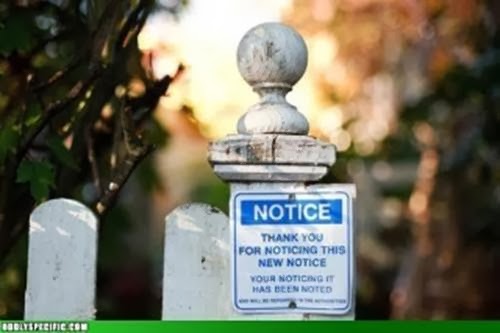 Okay, enough of this nonsense, let's get to this week's "aw".

Here's something a little different.

You liked the loving squirrels a couple weeks ago. How about a pair of loving owls? 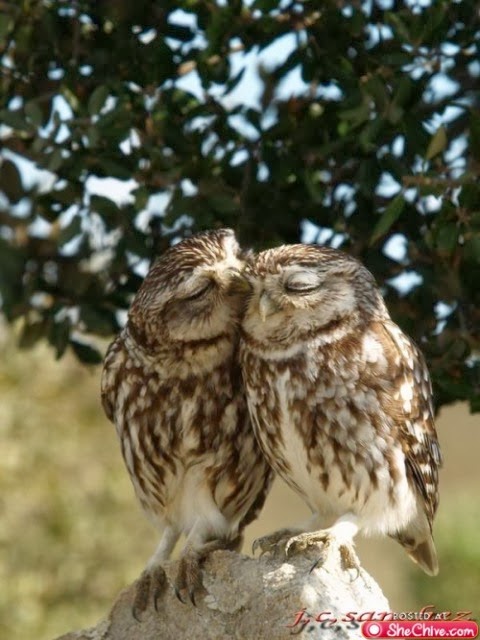 Okay, I hope you're over the mid week hump and good to go for the weekend.

And just for my own curiousity - does anyone else still use tinsel on their Christmas tree?
See you next week.

"Why shouldn't truth be stranger than fiction? Fiction, after all, has to make sense."    ~ Mark Twain

Hey, I'm doing better this week. I actually got my Hump Day post up before noon. Maybe there's hope for me getting back on schedule.  But I know you're waiting for your hump day funnies, so let's get right to it...

This just made me laugh. 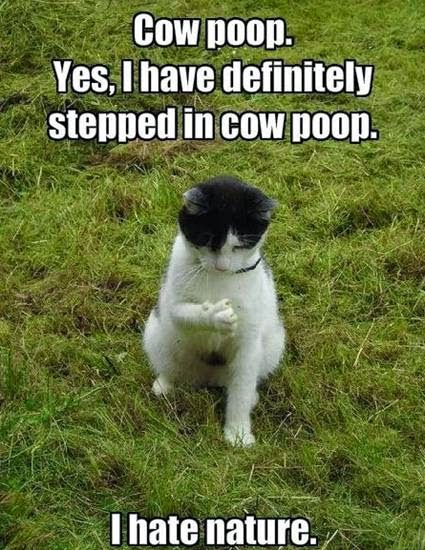 Ready for a joke?

There was a house painter named Smokey MacGregor who was very interested in making a penny where he could, so he often thinned down his paint to make it go a wee bit further.

One summer the local church decided to do a big restoration job on the outside of one of their biggest buildings. Smokey put in a bid and, because his price was so low, he got the job.

He set about erecting the scaffolding and setting up the planks, buying the paint and yes, I am sorry to say, thinning it down with turpentine.

Well, Smokey was up on the scaffolding, painting away, the job nearly completed, when suddenly there was a horrendous clap of thunder, the sky opened and the rain poured down washing the thinned paint
from all over the church and knocking Smokey clear off the scaffold to land on the lawn among the gravestones, surrounded by telltale puddles of the thinned and useless paint.

Smokey was no fool. He knew this was a judgment from the Almighty, so he got down on his knees and cried:

Be honest now...did you see it coming?

Should I be repenting for telling that joke?

Here's something I can relate to.


This one didn't really get me until I looked at the cat's eyes.

Zombie kitties!!!!
How about a couple questions to ponder?

Would a fly without wings be called a walk?

If a turtle doesn't have a shell, is he naked or homeless?

Can you cry under water?

The "aw" in this picture may not jump right out at you but look at that dog's face. 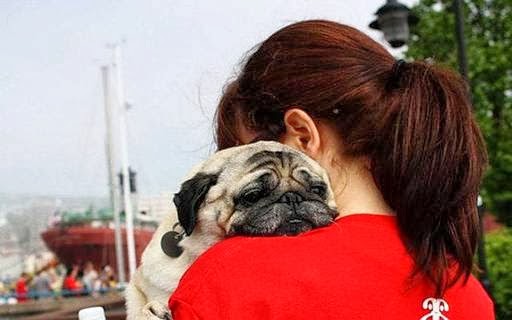 Can't you just hear the sigh of contentment?
Okay, are we there yet?  Over the hump? Coasting to the weekend?
Good, 'cause I'm out of groaners funnies for today.
Since we have five Wednesdays this month, I think I'll do something different for my post next week. I'm not sure what but I hope you'll come by and check it out.  Have a wonderful week.
Quote for today:
Many people hear voices when no one is there. Some of them are called mad and are shut up in rooms where they stare at the walls all day. Others are called writers and they do pretty much the same thing.  - Meg Chittenden

And in honor of hump day, let's start with...


Once upon a time there was a very handsome male camel named Alfred with two huge camel humps. 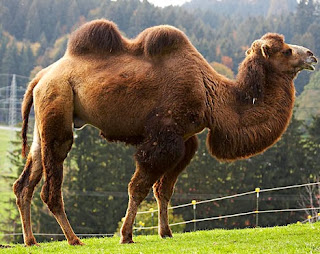 He fell in love and married a beautiful female camel named Marie, who had one perfect camel hump. 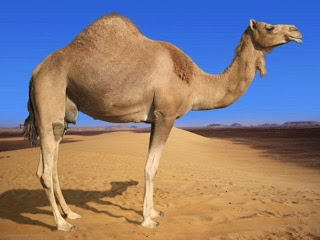 As time progressed, they became the proud parents of a wonderful baby boy camel, born with no humps. 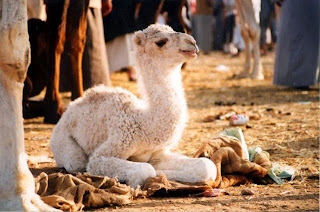 They thought long and hard on what to call their beautiful
little boy and finally decided on...

I know, I know. I should be ashamed of myself.

I know many of you can appreciate this right now. 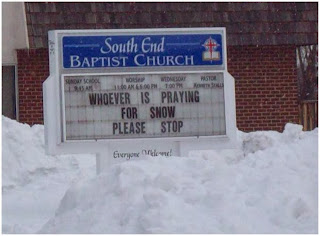 This next one isn't really a hump day funny but I wanted to share it.

This is my grandson standing by our Christmas tree in 1999. 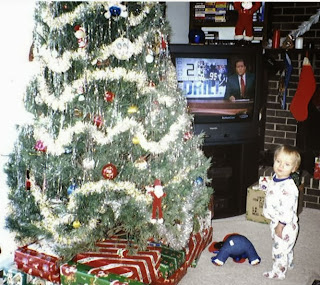 Here he is by this year's tree. 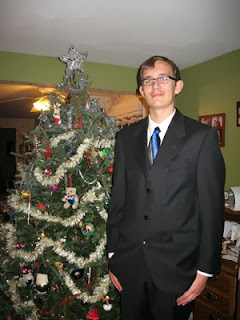 We still get the same size tree.

Last time I gave you a mouse. About about a loving pair of squirrels? 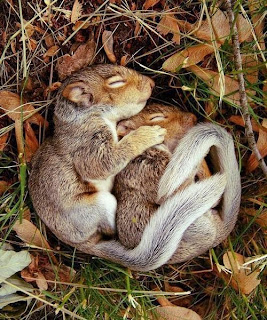 Okay, are we there? Over the hump and sliding toward the weekend?
Excellent. Hope your weekend is a great one.
See you next Wednesday.

Question for Today:
What should you do if you see an endangered animal eating an endangered plant?
Posted by LD Masterson at 12:54 PM 34 comments

Oh my gosh... it's Wednesday? Seriously?

I'm a little behind getting started on the new year.

It's not exactly my fault. Instead of spending a nice relaxing week at home between Christmas and New Year, on the day after Christmas my hubby and I boarded a bus for a five day trip to Disney World with our grandson's high school music groups (band, orchestra, and choir). We'd chaperoned trips like these when our sons were in high school and remembered them as fun excursions with a great bunch of kids. Well, the great bunch of kids part was still the same but we didn't account for the twenty plus years of aging we'd done since then. My arthritic knees alone did me in. By the time we recovered from our fun excursion, we'd totally missed New Year's and still had to "take down" Christmas.

Then, just as I was getting ready for things to return to normal - adults going back to work, kids back to school - the cold wave hit. Our low on Monday was -14. I think the high was -6.  I don't even want to talk about the wind chill.  Schools were closed. The AF Base where hubby works was closed.  Instead of the first "normal" week of the new year, we were still on Christmas break. The kids still are (schools are closed again today).

So, I'll admit it. The first hump day of the new year caught me completely unprepared. But let's see what I can come up with for you...

In keeping with our weather, here's a news bulletin:


The federal government has issued a travel warning to seniors due to the cold weather...

Anyone traveling in the current blizzard conditions should carry the following:

I looked like an idiot on the bus this morning!

I forgot to ask...did you have a good New Year's Eve? As good as these guys? 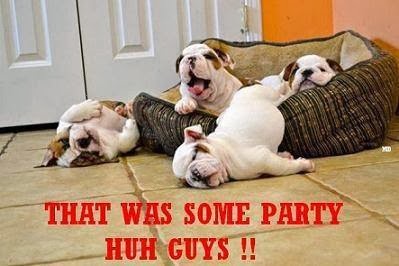 
With the Holidays celebrations here, I must share a personal experience with you, my family and friends, about drinking and driving.As you know, at this time of year, many of us tend to celebrate from time to time with a "social session" out with friends.   Well, two weeks ago, I was out for an evening with the guys and had several beers followed by some vodka & soda. Feeling very happy, I still had the sense to know that I may be slightly over the limit.That's when I did something that I've never done before ----- I took a cab home.Sure enough, on the way home, there was a police check point, but since it was a cab, they waved it past.   I arrived home safely without incident.This was a real surprise as I had never driven a cab before, I don't know where I got it, and now that it's in my garage, I don't know what to do with it.
Um, I hope you didn't have that good a time.
I do have a cold weather tip for you.  Extra socks at night. Really, they make all the difference. 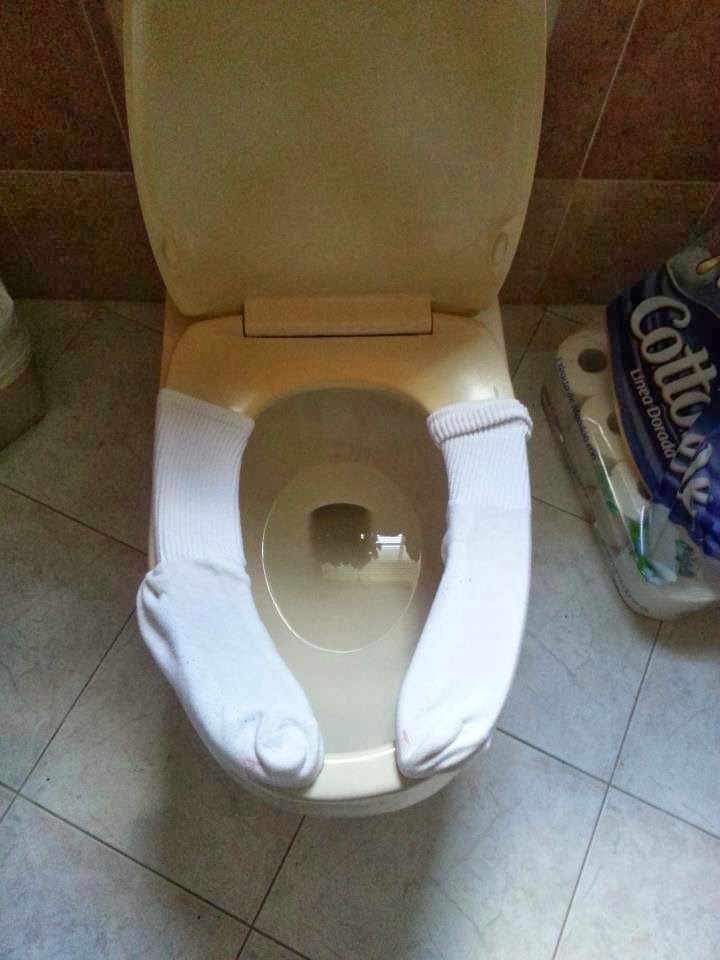 I've got something a little different for your "aw" today. Maybe it's a leftover from being at Disney World and seeing Mickey but I thought this little guy was worth an "aw". 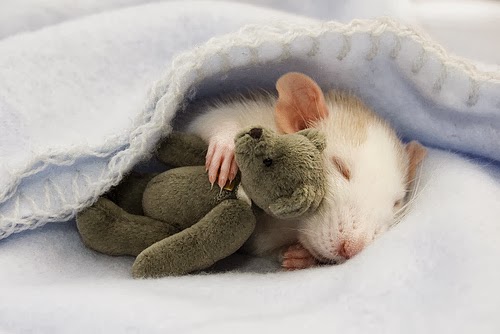 What do you think?
Well, that's it. Did we do it? Are you over the hump? Sliding toward Friday? Excellent.
And so starts a great new year.
Question for Today:

Why isn't the number 11 pronounced onety-one?