Got a little blatant self-promo going on this morning, but it's also for the fabulous authors I was lucky enough to share these pages with.  Stop by our Twitter chat party tonight. It'll be fun AND there's a givaway! 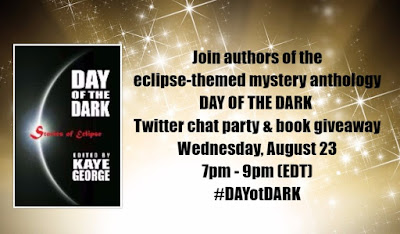 You really should check out this book. The eclipse is over but the great stories linger on.

And since it's Wednesday and I had a request...


A young ventriloquist is doing his comedy act at a bar in a small town. He’s going through his usual run of “dumb blonde” jokes, when a blond woman in the fourth row stands on her chair and starts shouting.

“I’ve heard just about enough of your denigrating blond jokes, jerk. What makes you think you can stereotype women that way? What does the color of a woman’s hair have to do with her worth as a human being?  It’s guys like you who keep women like me from being respected at work and in the community and from reaching our full potential as a person because you and your kind continue to perpetuate discrimination against not only blondes, but women in general, all in the name of humor.”

Flustered, the ventriloquist begins to apologize, when the blonde says:

“You stay out of this, Mister! I’m talking to that little jerk on your knee!” 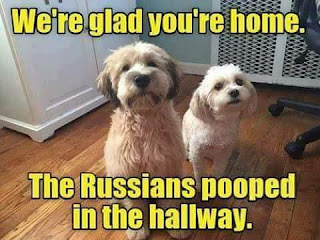 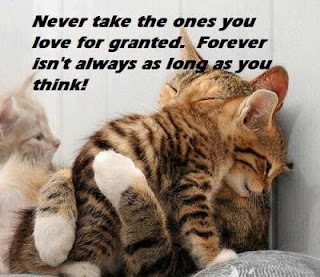 Hope you enjoyed these and that you'll stop by the chat party this evening.

Have a great week.

Do twins ever realize that one of them is unplanned?

Lost in the Wilderness of Disinterest

I'm not sure how many of my blog buddies will come by to see this post, considering my repeated disappearing acts this year, but I wanted to post an explanation, of sorts, for my latest absence.

You may remember at the time of my last post on May 31, I was up to my ears in big family events My two eldest grandkids had just graduated from high school. My granddaughter Gretchen was on her way to the high school lacrosse State Championships. And my grandson Drake was leaving for Marine Corps boot camp.


On June 3, the Indian Hill High Girls Lacrosse team did, in fact, win the State Championship. 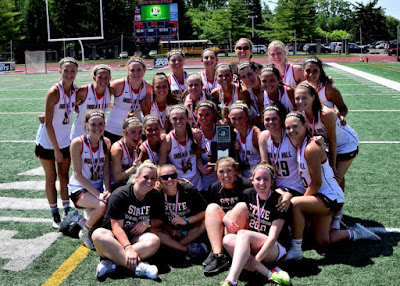 I watched the game on TV because I was doing the final setting up for Drake's combination graduation and 'leaving for boot camp' party, which we were hosting at our house. It was a fun, busy, crazy week.

Then on Sunday, we drove Drake to the recruiter station and he got on the bus. 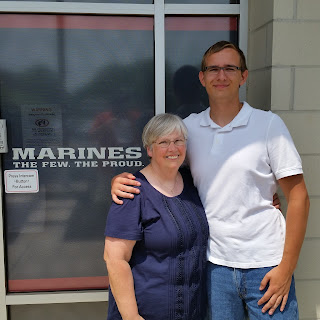 I went home, finished the after party clean up, gave away the leftover food, and turned my attention to the coming week.

Finally, I had all the time in the world to write, to blog, to work on those overdue critiques, to start re-designing my woefully out of date web page.

I didn't want to.

It wasn't that I was dealing with writer's block or some creative dry spell. I just had no interest. I would tell myself to go be productive and the answer came back, "Why?"

And that's where I've been the past couple months.  All of my June goals for the month because my July goals, became my August goals. I had two shorts stories released in really nice anthologies in July and had to force myself to put a post on Facebook about them. (I did just add them to my right side bar, if you're interested.)  I even skipped the last three monthly meetings of my local writers' group. The only writing I've done since May is my letters to Drake...no cell phones at Marine boot camp, snail mail only.

What does it mean? Am I done? Is my sub-conscious telling me my writing days are over? Or am I just in a funk? I honestly don't know.

I want to say I'll be back next week, with Hump Day funnies or maybe something new, but I'm not sure. I hope so. I think.

You always got an "aw" picture with your funnies. This probably isn't an "aw" for anyone but me but it's all I have at the moment. I grabbed it in a screen shot from a video on the Parris Island Marine Corps website.  The camera only landed on him for a couple seconds but that's all I needed. 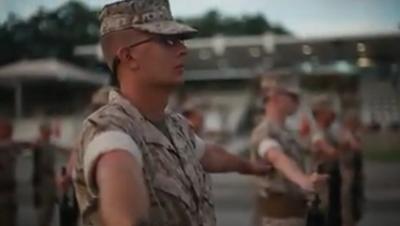 I hope this wasn't too boring or too "woe is me".  I just wanted to share what's going on and why I haven't been around. I'm going to try visit everyone over the next few days. In the meantime, have a great week.

To every thing there is a season...