How About a Little Happy Hump Day?

Hey, remember those two short stories I was telling you about last week? The one I re-wrote four times and the one the popped into my head, intact and ready to go, a couple days before the deadline?

Guess what. I haven't heard back on the multi-version one but the other was accepted!!

My short story "Picture Perfect" will be included in the anthology Day of the Dark, a collection of stories to celebrate the total solar eclipse coming this August, edited by Kaye George, and published by Wildside Press.  Boy, I'm sure glad I got that submission in under the wire.

with a couple of funnies.

Well, Picabo is not just an athlete. She's is now a nurse currently working at an Intensive Care Unit of a large metropolitan hospital. But she's not permitted to answer the phone at the nurses' desk.

It caused too much confusion when she would answer the phone, "Picabo, I.C.U."

But what's better than kids and church...


A boy was watching his father, a pastor, write a sermon.
"How do you know what to say?" he asked.
"Why, God tells me."
"Oh. Then why do you keep crossing things out?"


After a church service on Sunday morning, a young boy suddenly announced to his mother,
"Mom, I've decided to become a minister when I grow up."

"That's okay with us," she answered, "but what made you decide that?"

"Well," said the little boy, "I have to go to church on Sunday anyway,
and I figure it will be more fun to stand up and yell, than to sit still and listen."

Yeah, I feel that way sometimes.
(Oops. Don't tell my Pastor I said that.)


Last week's post ran on forever so I'm going to cut this one short and go straight to your "aw".

Would you share your sunny spot with this little guy? 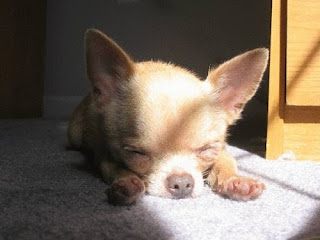 Okay, that's it for today. Just some sillies to get you over the hump and coasting toward the weekend.

Have a great week and I hope to see you next Wednesday.


Thought for the Day:

I went to the Air and Space Museum...but there was nothing there.

A Tale of Two Short Stories

As most of us do, I made great plans for the start of 2017.  First, there were two anthologies I wanted to submit stories to, both with deadlines of January 31. One had to involve murder and travel. The other had to include some kind of eclipse. I didn't have any bright ideas for an eclipse story but murder and travel seemed easy so I tackled that one first.

I came up with a nice murder with my killer trying to get away with a piece of expensive jewelry. My plot wove around him getting through airport security by hiding the jewel in an animal carrying crate that was going on the same flight. And I added a fun twist of making the animal in the crate a goat - who ate the jewel. I was in the polishing stage (polishing the story, not the jewel) when my goat advisor (hi Maria!) informed me that the goats eating metal was an old wives' tale and they really don't.

No worries. I made some adjustments. The goat became a dog. The airline became an Amtrak train. My killer would retrieve the jewel from the crate in the baggage car. I wasn't quite finished with this one but it was coming together nicely when I went to check something on the Amtrak web site...and discovered they don't allow animals in crates in the baggage car.

Fine. Scrap the animal angle. Now the murder takes place in a nursing home. I'll have a snow storm. Everyone's snowed in. He's stuck there with all these police investigating the murder and searching for the missing jewelry.  I came up with a clever (I thought) way for him to get caught. Alleluia. It works. Just got to fine tune it and send it in. No animals. No Amtrack. No...travel. I had written the travel element out of the murder and travel story.

Back to square one. New setting. New characters. New murder. No jewelry. Definitely some travel. I fired it off to my critique group with time to spare. Well, time for that story. I had pretty much given up any thought of writing the second one. Remember, the one with the eclipse?

Friday, January 27. I'm on my way to my grandson's bowling match and an idea pops into my head. An eclipse story. I grab my trusty digital recorder and dictate the whole thing. I like it. But my weekend is booked solid and the deadline is Tuesday. When am I going to write it?

Monday morning found me at my desk, typing like mad. By that afternoon, I had it posted on my crit group site along with some serious begging for anyone who could take a quick look. While I waited, I did the final format and polish on the travel story and sent it in Tuesday morning. Meanwhile, four of my wonderful crit partners came through with their usual quality input and I did a bunch of serious editing. When all was said and done...it worked. I liked it. At 10:37 on January 31, I hit send on my second short story.

And that, ladies and gentlemen, is why I didn't get back to blogging in January as promised.

As for the past couple weeks - I've been down with the flu. But as John Astin used to say on Night Court, I'm feeling much better now.  (Let me know if you get that reference. I guessing most of you are too young.)

Okay, I've got one quick joke for you.

In a dark and hazy room, peering into a crystal ball, the fortune teller delivered grave news:
"There's no easy way to tell you this, so I'll just be blunt. Prepare yourself to be a widow. Your husband will die a violent and horrible death this year."

Visibly shaken, Laura stared at the woman's lined face, then at the single flickering candle, then down at her hands. She took a few deep breaths to compose herself and to stop her mind racing.

She simply had to know.

She met the fortune teller's gaze, steadied her voice and asked,
"Will I be acquitted?" 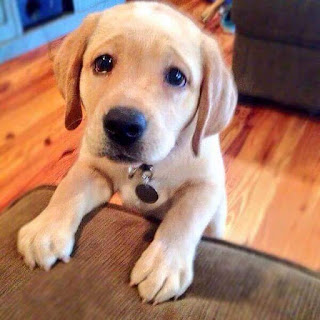 Yeah, I know you said it. (Those eyes. Those eyes.)

One other note...
I have to wish my grandson Cooper a very happy sixteenth birthday today. 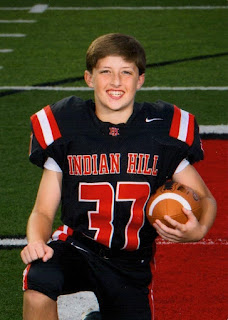 So how about you? Ever have a short story fight you tooth and nail? Did you recognize the Night Court reference? How has 2017 been treating you so far?

Q.... What do bulletproof vests, fire escapes, windshield wipers, and laser printers have in common?

A... All were invented by women.