Breakthroughs and Parties and Memes, Oh My...

Lots of fun stuff happening on the beautiful Friday morning. 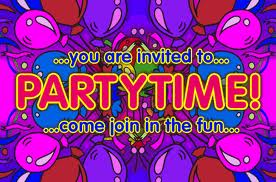 Next week, Stephen Tremp is hosting a Breakthrough Breakout Party. 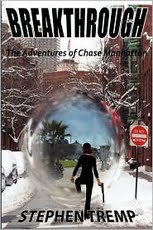 Breakthrough: The Adventures of Chase Manhatten

will be available as a free download from Amazon.

Stop by his blog next week, say hi, and let him know you've grabbed up your free copy.

Earlier this week I had a double treat.  Two (count 'em, two) of my blogging buddies, 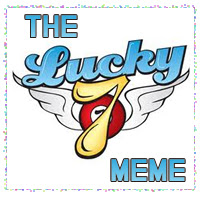 I encourage everyone to check out Jessica's and Tara's blogs.


Here are the rules for the meme:

To her mind, this great gift was a curse. Being Yavai meant having all these special powers but she couldn't use them. All it meant to her was a stranger named Guarryn could read her thoughts, and probably the madman they were chasing could, too. And this asshole Fed might want to haul her off to wherever to be some kind of guinea pig.

And now Jack thinks she should leave the case. That she can’t do her job.

Okay, that's it.  Have a great weekend and don't forget to get your free copy of Breakthrough on Monday.


Groaner of the Day:  [WARNING: THIS ONE IS REALLY BAD]

A noted biologist, who had been studying little green frogs in a swamp, was stumped. The frog population, despite efforts at predator control, was declining at an alarming rate. A chemist at a nearby college came up with a solution: The frogs, due to a chemical change in the swamp water, simply couldn't stay coupled long enough to reproduce successfully. The chemist then brewed up a new adhesive to assist the frogs' togetherness, which included one part sodium. It seems the little green frogs needed some monosodium glue to mate.

Ok for some reason I thought you wrote middle grade and then I read the excerpt and thought, no, no she doesn't! LOL! Glad you played along! I love FBI and serial killers! :)

L.D., I am serious, this is the 6th or 7th time I've been tagged for this and STILL haven't gotten around to doing it! HAHA! Thank you for tagging me and I will definitely have to make sure I remember to do this. I'm dying to know what I wrote on line 7 of page 77. You have a great excerpt there!

Oooh, I like your excerpt! It's intriguing, and I can already tell you have the voice down. Good!

I did the Lucky Seven meme on my blog a while back, so I think I'm covered. Thanks for thinking of me, though! :)

Jessica - Nope, definitely not middle grade. Or even YA.

Julie - Well maybe this time will be the charm.

Linda G. - Damn, I must have missed it. Sorry for the re-tag.

Thanks LD for the shout out! I can;t tell you how much I appreciate the support! And I'll be Tweeting your post over the course of the weekend.

And I love that excerpt. The MC has some spicy attitude going. Sounds like my kind of friend.

Angela - Thanks. I'm pretty fond of her myself.

Thanks for the meme. I did this a few months back. And I'm still working on the same WIP. I think. I will check and participate in one way or another.

Carol - You're the first one to comment on the groaner. I thought it was so bad, everyone would come after me for it.

For the meme - just pick a page in you WIP at random. I'd love to see your seven lines.

Thanks for the mention and I will do the post on Monday. Also need to help Stephen with his promo on Monday, so I may have a post that looks alarmingly like your does today. Except my excerpt will be different. LOL

LOVED your Wednesday Hump Day pictures. I promoted the heck out of that post. I needed the chuckle, so it is serendipitous that I saw your comment on my blog and came on over. Now to get back to the writing I was doing before I thought, "why not take just a minute and check for comments on the blog." 20 minutes later.... LOL

Love the excerpt - she definitely better not quit the case!!

I emailed you this morning. Did you ever get it?

Oooooops! And thanks for the tag! :) My brain is a bit overloaded right now and I completely forgot to thank you... *sigh* Sorry!

Maryann - Thanks so much for the promotion. Gratefully accepted. Glad I gave you a laugh.

Maria - I picked that groaner with just you in mind. :-)

Jemi - No problem. You're welcome.

Oh that is a groaner!

Loved your excerpt -- the groaner was, well, a GROANER. You did warn though.

Loved your excerpt -- the groaner was, well, a GROANER. You did warn though.

I think it was one of the BEST groaners yet--sheer punishment!! But then I have a medical turn of mind.

Love the voice in your snippet.
Thanks for the tag! :)

Mary - Glad you liked the excerpt. I loved your Friday post. Funny!

Karin - Did you share that groaner with the Captain? I thought it was bad enough to appeal to him.

Cate - Thanks and you're welcome.